Reuse Philosophy
Based on an idea by ALISEA and TECNO EDM

Perpetua, the pencil that wasn’t there before. 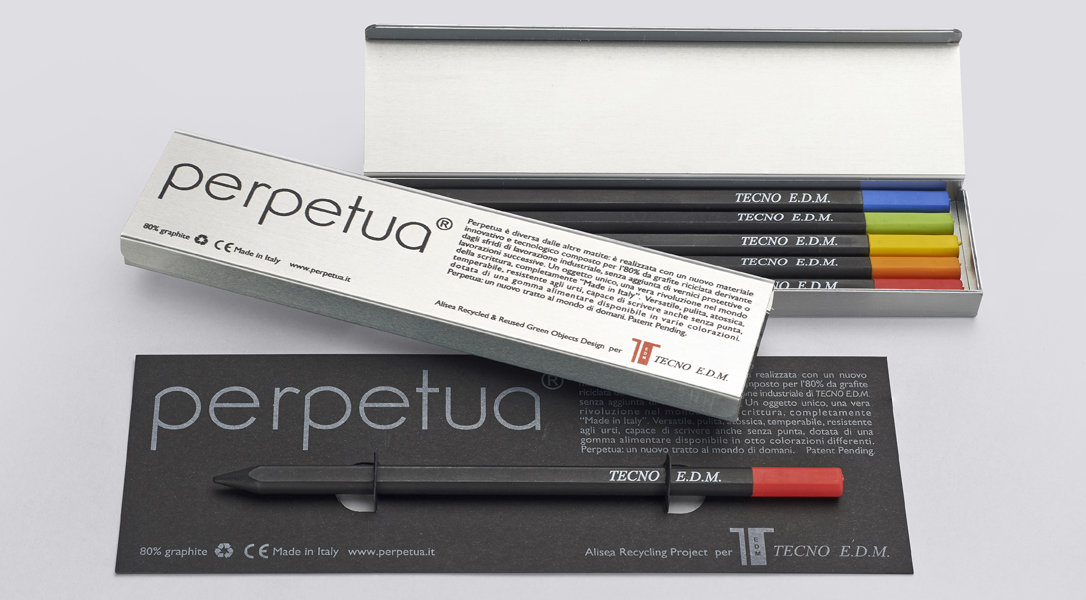 Tecno E.D.M. Srl is also the company that has inspired an invention that speaks of the environment, new technologies, innovation and the future. how? Contributing to re-inventing the production process of pencil production.

And since we are convinced that nothing happens by accident ….

Here is a day of MAY 2011 by Cristina Poli of Tecno E.D.M. meets by chance Susanna Martucci of Alisea Recycled & Reused Objects Design.

Susanna claimed that with the company’s production waste she would be able to produce beautiful design items that would then become a wonderful business communication object.

Cristina is fascinated by this approach in the production of objects and talks to Vittorio and, together, a few months later they decide to contact Susanna to understand what could have been done with the tons of graphite powder, the inevitable waste of Tecno E.D.M. of the electrodes.

“Do we try to make pencils?” They think.

After more than a year and a half of study, design and testing, in JUNE 2013, at the “PARIS AIR SHOW” fair in Paris, to which Tecno E.D.M. participates as an exhibitor, comes for the first time presented to the Perpetua world the pencil, the only one produced in Italy, the only one ever made with the graphite powder recovered from industrial production processes, those of Tecno E.D.M..

A pencil that becomes a patent of product and production process and reinventing the way to produce them. 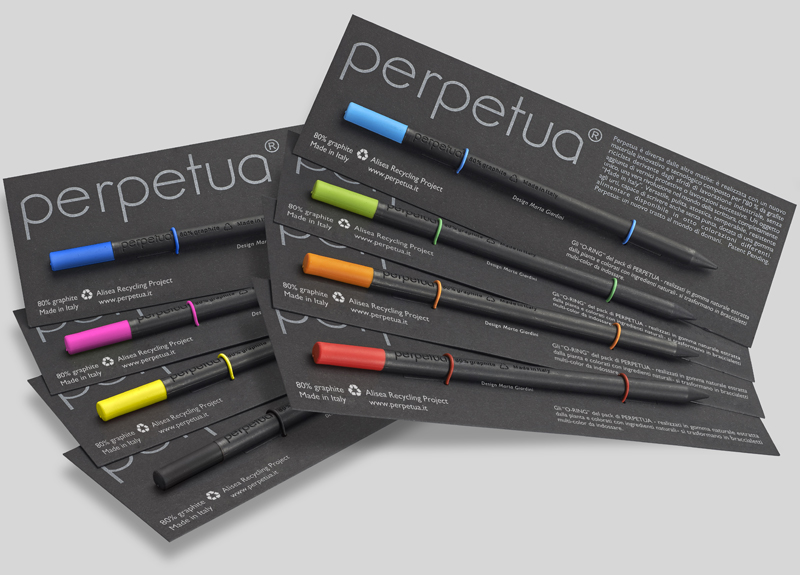 Perpetua wins the award as the best eco-friendly invention at the 2013 SETTEGREEN AWARDS of the Corriere della Sera.

It is HONOR MENTION at the ENVIRONMENT 2014 under the patronage of the Italian Environment Ministry.

In 2016 it was honored with the COMPASS OF GOLDEN HOMOR, the most prestigious international design award thanks to the architect Marta Giardini who designed it.

Today Perpetua, Alisea and Tecno E.D.M. are already present in several countries in Europe, but since 2017 in the USA, Canada, Australia, Japan. 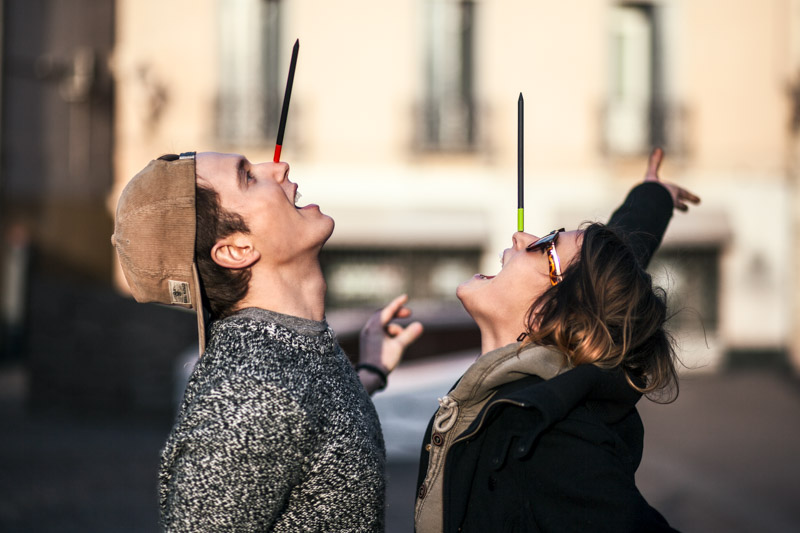 To date, thanks to Cristina and Vittorio’s intuition, about 8 tonnes of graphite powder have been consumed, which would otherwise destined to be hidden under the ground.

Each of us, using Perpetua, consumes and recycles by writing with 15 grams of inevitable dust producted from TECNOEDM’s graphite electrodes.

Our “green” commitment is not only formal, but substantial.
We try to minimize the environmental impact of our reproductive cycle at every stage, including through the PERPETUA project, providing the raw material for the creation of a stylish and functional 100% made in Italy design object.

This website uses cookies to improve your experience while you navigate through the website. Out of these, the cookies that are categorized as necessary are stored on your browser as they are essential for the working of basic functionalities of the website. We also use third-party cookies that help us analyze and understand how you use this website. These cookies will be stored in your browser only with your consent. You also have the option to opt-out of these cookies. But opting out of some of these cookies may affect your browsing experience.
Necessary Always Enabled
Necessary cookies are absolutely essential for the website to function properly. This category only includes cookies that ensures basic functionalities and security features of the website. These cookies do not store any personal information.
Non-necessary
Any cookies that may not be particularly necessary for the website to function and is used specifically to collect user personal data via analytics, ads, other embedded contents are termed as non-necessary cookies. It is mandatory to procure user consent prior to running these cookies on your website.
SAVE & ACCEPT